The Next Unemployment Stimulus – 3 Things to Know

Home Blog The Next Unemployment Stimulus – 3 Things to Know
NextPrevious

The Next Unemployment Stimulus – 3 Things to Know

In response to the COVID-19 pandemic, Congress passed the CARES Act on March 27, 2020.  Along with many other benefits, this economic relief package provided a $600 weekly federal unemployment benefit to many Americans who were jobless as a result of the pandemic.

Although this economic relief package delivered on the commitment to protect Americans from the economic impacts of COVID-19 for nearly four months, as of July 31, 2020, more than 30 million Americans saw their benefits come to an end.

It is important to note, that while government support has ended for the time being, many businesses are reopening or ramping up production. The need for workers to rejoin the workforce is being felt across the nation and employers are starting to provide alternative benefits to encourage people to come back to work.

In recent weeks, Democrat and Republican leaders have been negotiating a new bill to continue helping American’s through the ongoing financial hardships brought on by the coronavirus crisis. Despite their efforts, neither party can seem to reach an agreement and have both proposed two very different bills. If you’re someone who’s depending on a new relief package, here are three things to know.

The Health, Economic Assistance, Liability, Protection, and Schools (HEALS Act) is one of the two newest stimulus bills proposed in response to the coronavirus pandemic. Here are key highlights of the Republican drafted, HEALS Act:

There are other benefits that the bill outlines including funding for the paycheck protection program, eviction protection, school reopening, and coronavirus testing. You can read the full proposal here.

The Health and Economic Recovery Omnibus Emergency Solutions Act (HEROES Act) is the bill proposed by the Democratic party in rebuttal to the HEALS Act outlined above. Here are a few key highlights:

While there is no mention of a return-to-work bonus, the bill does outline other important benefits such as employee tax credit, eviction protection, and school reopening. You can view the full proposal of the HEROES Act here.

As I’m sure you’ve noticed both economic relief packages are very different. The only similarity seems to be the $1,200 stimulus payment for single and joint filers as it’s outlined the same in both bills. Unfortunately, since neither party has successfully found a common ground in either bill, a mutual agreement has not been reached and a new stimulus package has not been passed.

The order extended supplemental unemployment benefits but at a reduced rate of $400 per week rather than the previous $600 per week. The executive memo meets the Republican proposed amount of $200 and the Democratic proposed amount of $600, right in the middle lasting until the end of the year or until lawmakers from both parties reach an agreement.

The COVID-19 pandemic, the unemployment rate, and the current and proposed stimulus packages have affected the work world as we know it. From the employer perspective, those businesses that have been impacted (negatively and positively) are anxious to get back get back to work and as a result the number open positions is rapidly growing – and Malone can attest to that firsthand. Many of our clients are ramping up production and looking to bring on new hires immediately.

If you’re feeling a bit uneasy about the upcoming stimulus options or just anxious to return to work, get ahead of the game by searching for a new job now rather than later. The recruitment market is tough, and many companies are currently offering sign on bonuses, attendance incentives, and even higher pay rates. Eventually, the unemployment benefit will return to normal and the job market will be bombarded with job seekers. Secure a new job now so you reap the early-bird benefits and potentially save yourself a headache later.

Although it’s impossible to predict how the pandemic will continue to affect the economy, it’s important to stay up to date on things that will affect the daily life of you, your family, or your business. If you’re looking to get ahead in your job search or are struggling to find quality candidates, Malone Workforce Solutions can help. 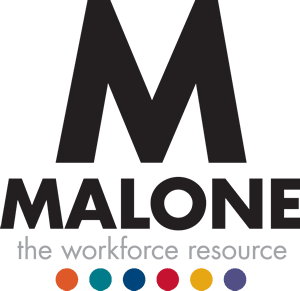